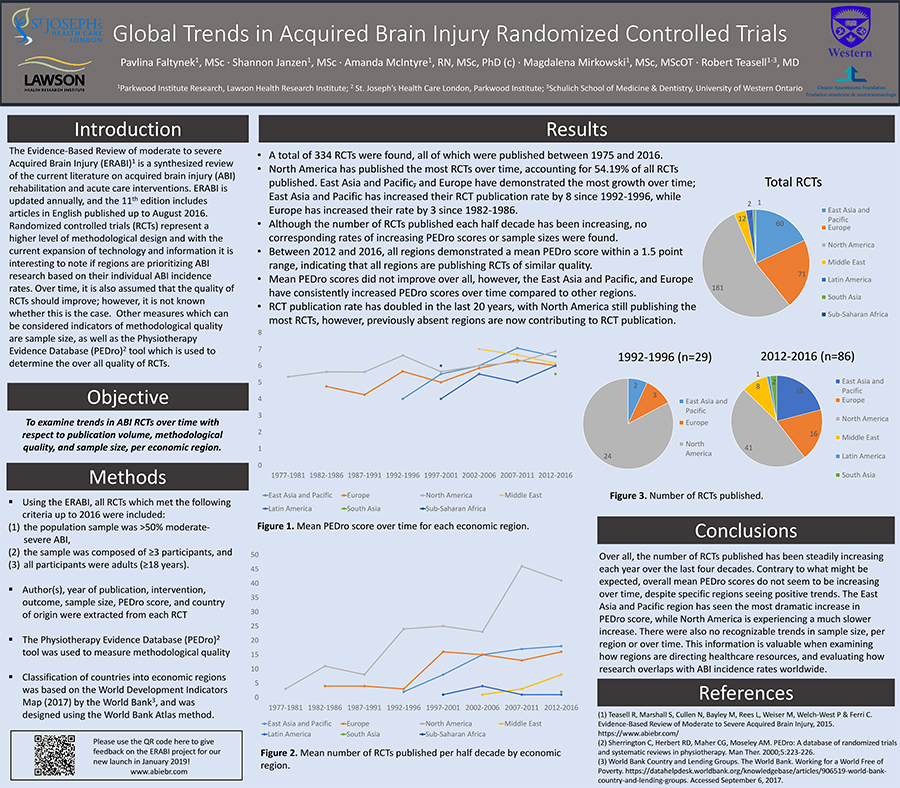 Despite the globalization of ABI research, the publication of RCTs varies largely between world groups with North America being the most predominant region. RCT quality may be improving over time with respect to PEDro scores, however there is still a shortage of large multi-centered trials internationally. North America, compared to other major contributing regions of publications, began publishing RCTs sooner and with better quality. International publications are primarily being driven by three economic regions; North America, East Asia and Pacific, and Europe and Central Asia.